I first bought into ATER (options only, first shares bought on 4/11) on April 5th, 2022 because I read some Due Diligence (DD) on a subreddit that I joined sometime last year, called r/Shortsqueeze.

**Sidenote: If you find yourself interested in investing in ATER don't use r/Shortsqueeze, use r/ATERstock, you'll find consistently better DD write-ups, more focused investors, and a strong community support for the stock.

The DD I read was by fellow reddit user u/anonfthehfs. This is the exact post I initially read if you'd like to read it. After reading the DD, I checked out u/anonfthehfs account on Reddit and came to find out that he's been tracking and writing about ATER for months and sharing his DD in various subreddits for others to read. This guy was clearly convicted to peeling back the curtains and exposing the criminal activity taking place in ATER stock. If only the SEC had 1/10th the level of conviction he and many other retail traders have, maybe injustices like this one would actually be addressed and halted. Naturally, I fell into the rabbit hole, essentially reading about the battle between Aterian Inc. and retail traders vs. Hedge Funds (HFs) and naked shorting.

I never got the opportunity to jump into GME and I regrettably never took the opportunity to be apart of AMC's short squeeze because I was skeptical. So when I saw how similar the set-up was between ATER and these previous Mother of All Squeezes, I decided not only to take the opportunity, but admittedly FOMO into it. I wasn't going to miss another opportunity to make life-changing gains and cause massive pain to these greedy Hedge Funds (HFs), Market Makers (MM), etc. that consistently employ illegal tactics to rig the system in their favor.

What did I see that caused me to FOMO in?

This is the Ortex data from the first u/anonfthehfs post that I read on 4/4/22.

Before I give you my reasons for FOMOing, for the newer investors let me use some excerpts from Investopedia.com to help you understand what a stock's float is, how it is calculated, what a short float is, and what generally constitutes a high short float percentage.

"Float refers to the regular shares a company has issued to the public that are available for investors to trade."

How Is Float Percentage Calculated?

"A short float is the number of shares short-sellers have borrowed from the float."

JUST LOOKING AT THE STOCK.

LOOKING AT THE ORTEX DATA

Why this could be the Squeeze of the Year? 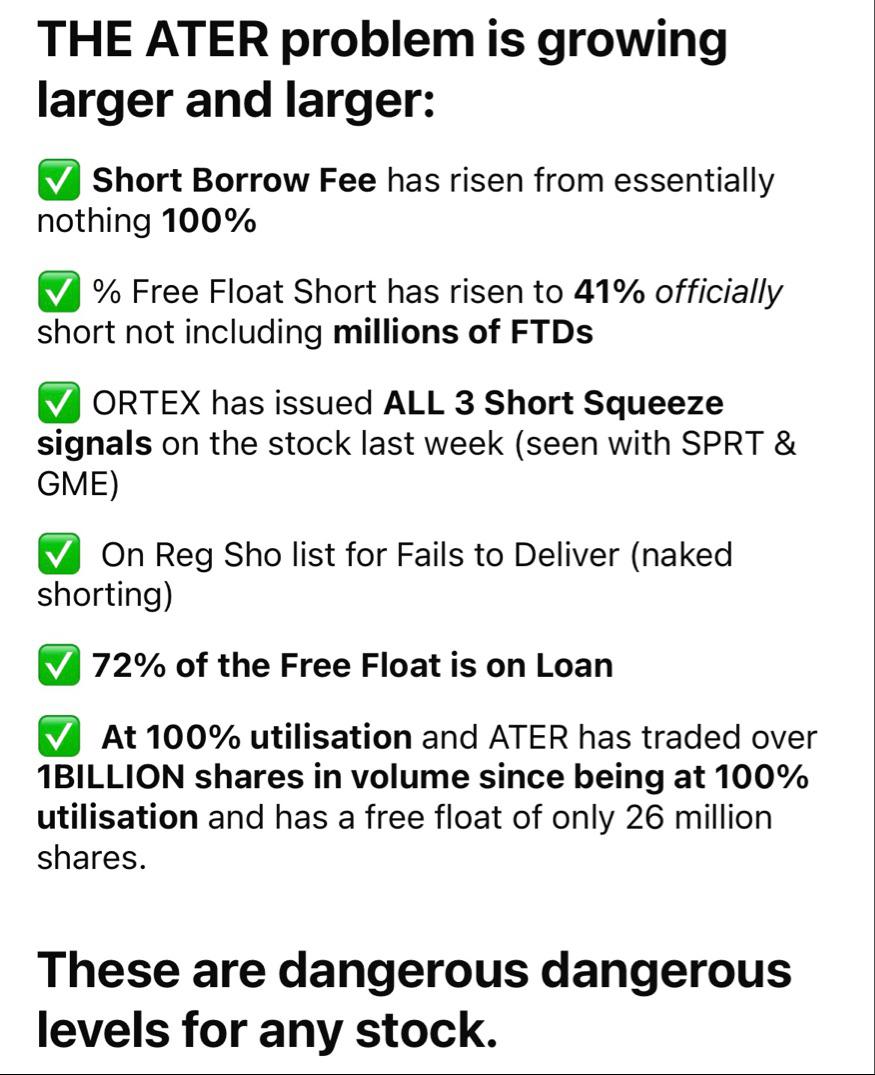 LOOKING AT THE STOCK

All the things I mentioned previously about the stock are still there. Except this time, I am very confident that retail owns a very large percentage of the float and interest in ATER has grown significantly from 3 weeks ago. I mean, as far as interest goes, just look at me. I'm relative new to this stock, and very new if you compare me to other retail traders like u/anonfthehfs on the r/ATERstock subreddit. Retail traders are starting to slowly understand the data and crimes HFs and MMs commit in the market place and make a stand.

LOOKING AT THE ORTEX DATA

For all the reasons mentioned, I am heavily invested in ATER. I plan to buy an additional $2,500 worth of shares and $1,500 of ITM options and $1500 OTM options once my $5k transfer comes in on Wednesday, pending the squeeze hasn't occured yet. It is important that I mention that shares and ITM options create a better chance of causing a squeeze (in a short squeeze scenario), not OTM, but that is not me suggesting how you should invest it is simply a fact. As you can see, I am investing with my own strategy that is in accordance with my own risk tolerance level. I will post an update to my position here, whenever I increase it.

I am excited to see Shorts and HFs get burned and am looking forward to the next couple weeks! Good luck to all that are or choose to invest in ATER. While my point of view is very biased in my write-up, the information presented was not. Data is just that, data. While the squeeze may never come to fruition, the data presents a story that a squeeze is very likely, but of course you must make that determination yourself.

I am not a financial advisor, seek financial advice from a pro. I am just an enlisted Navy sailor, who likes investing, and has a blog that I write in when I get the opportunity. I also just like ATER. 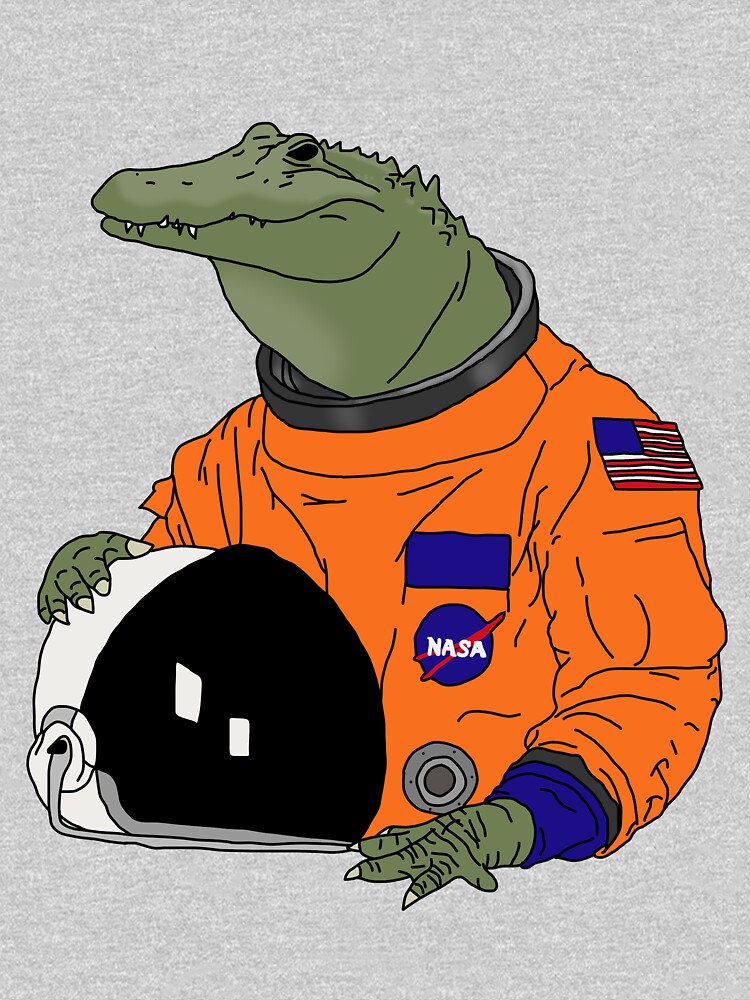 Shares: 2100 Shares (average is difficult as these shares are owned across multiple brokerage accounts probably somewhere around ~$4.20ish) As you can see, I have a strong inclination that ATER will begin its squeeze somewhere between 5/20 and 6/10. This isn't based on a hunch but rather the options chain for 5/20 and the upcoming Executive Order on June 3rd. If I do add to my options from here on out, it will be to increase my exposure to the 6/10 $7 Calls, since I think the Executive Order on Friday, June 3rd will be the main catalyst of the squeeze.

Overall, I'm at risk of losing $1205 if both expire worthless. Compare this to the maximum upside potential, which is unlimited, and I feel like the risk (for myself) is worth the reward based on all the data that supports a late May/early June squeeze.

By clicking enter you are verifying that you are old enough to consume alcohol.

Your cart is currently empty.